You can take me out of the trailer park 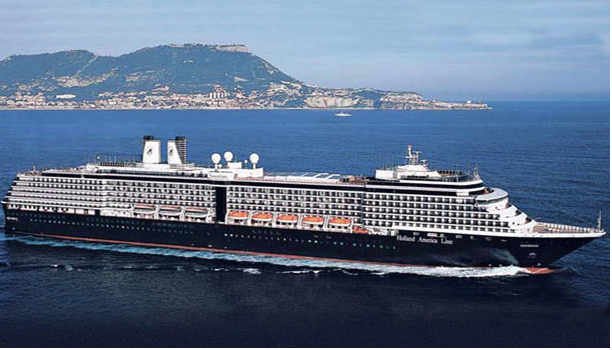 I am getting ready to go on a cruise all by myself on August 1st, and I couldn’t be more excited! Hay House is putting on a workshop during the cruise that I have dreamed of attending. It’s an intense and interactive Speak/Write/Promote workshop with Reid Tracy, the President and CEO of Hay House. Also hosting the event is well-known author, coach, speaker Cheryl Richardson. Fortunately for me, the ship is sailing right out of Vancouver, B.C., just a few hours north. 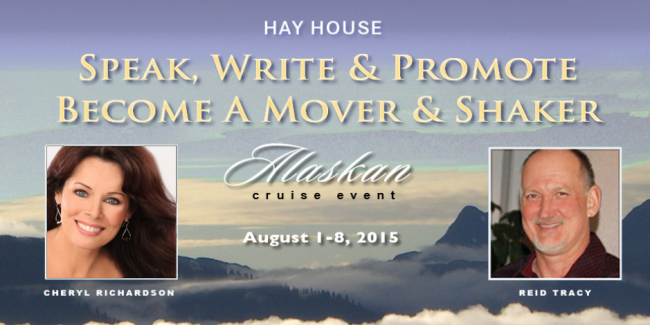 Because I will be going solo, I have to pay much more for a room on the ship than those in a roommate situation. I found one of the smallest rooms, an inside cabin, in the bowels of the ship by the elevators. Even with this less than desirable location, it’s still a huge chunk of change. Some wonderful friends and connections have helped me offset the cost – I thank you from the bottom of my heart for your donations! 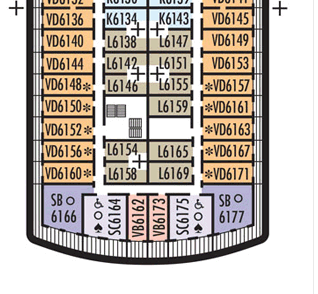 Even with that, I have been quite weird about gathering the money. I’ve looked into selling all of my jewelry, including the ring my grandmother had given me before she died. It’s a good thing she never had it appraised because my grandfather told her it was real Alexandrite from Russia. When I had it appraised, they said it was a beautiful seven karat rock with a value of about $70. Here she thought it was real Alexandrite all the years she was alive. The jeweler told me if it were real, it would have had a value close to billions of dollars; so much for selling my valuable jewelry collection.

Growing up in poverty, you get used to hoarding money when you get your hands on it. With a mother that married five times, we moved from house to house, trailer to trailer 26 times before I even hit sixth grade. We lived in the lowest income apartments available in my hometown twice and some of the most embarrassing trailer parks you could imagine. I will never forget the one that was slanted at one side. You would turn on the kitchen faucet aiming for the sink on the right, but the water fell in the sink on the left. Yes, we were trailer trash… often!

Moving around so much with men that could barely scrape up enough change to pay for gas, you never knew when the other shoe was going to fall off; because it always did. When we finally landed at the house that would become our first “home” where we stayed until we graduated, it was still a challenge every single day.

In this house, we lived with my mother’s fifth husband. Not being an abusive alcoholic, he was the best of the bunch, but he was only 20 when they got married! She was in her mid 30’s (yes, today they call that a cougar). He was just starting out his working life by that age. He dabbled in all kinds of jobs from bill collector to working at the local factory. It’s kind of sad when the bill collector ends up having his own car repossessed right from our front yard. At one point in my teens, they were even forced to file bankruptcy.

No matter how destitute we were, I knew I would be okay. I took on odd jobs to make sure I had whatever spending money I would need. We lived paycheck to paycheck through my high school years but those ended up being the best and safest years of my childhood. We knew how to stretch a dollar!

My husband looks at me strangely and asks why I am so weird about money. He reminds me that we are okay financially, we just need to make choices about how we spend our money. I finally figured out why I am the way I am. When I went through counseling at the end of my first marriage, I proudly worked through absolutely every issue that held me down. One by one, I became the master of my mind and rid myself of any anger or resentments that blocked my path. Money was the only thing that never presented itself during my counseling and now, it is the only issue I haven’t worked through.

I still find myself being stubborn and refusing to take any of the “family” money. I have stopped buying anything for myself and I refuse to dine out. I told my husband that I won’t ski once this season, saving the family about $75 bucks each day that I “would” have gone. He just rolls his eyes and tells me “that ain’t gonna happen” because it affects the family. He forgets who I am :o)

Regardless, I am going on the cruise, and I will continue to pay it off by myself. I do know when you stop working and simply do what you love and what comes natural, the money will follow. I am not pursuing this career for the money at all. For all I know I might not make a dime. What’s important to me is to learn the best way to reach out to those who can benefit from my experience. If I help change the lives of just a handful of people that have been struggling, that is my payment. It will have all been worth it.

If you can help, here’s a link for donations.