The Sins of the Mother

From about 6th grade through my senior year of high school, I lived what you might call a “normal” life. My mom was married to the same man this entire time, and we lived in the same house all the way through my graduation from high school to when I moved out into the big, bad, scary world.

In the time from birth through 6th grade, my life was a complete mess. The 6th-grade move was my 26th move, and the man she was married to then was daddy #5. The first four men were violent, abusive and alcoholic. The memories that stem from these years were all hurtful and pain-filled. The only constant during that time was my mother. The men were the inflictors of the pain, it was the sins of my mother that kept us in front of them.

When you come from a horribly dysfunctional family, you carry baggage! No matter how you look at it, there is damage! In my case, the damage was taken care of and no longer does any of my childhood drive my bus. Many years ago I set myself free. It is the hardest thing I’ve ever had to do in my 56 years of life, but it was by far, the most necessary.

I was at another “self-help/transformation” event over the weekend, (Evolving Out Loud with Kyle Cease) and surprise surprise, probably about 95% of all the pain the people were carrying was brought on by their messed up childhood. Each person that came up on the stage that was able to get to the bottom of the issue that was holding them back found it to be … guess what… it was mommy! Link to event here. 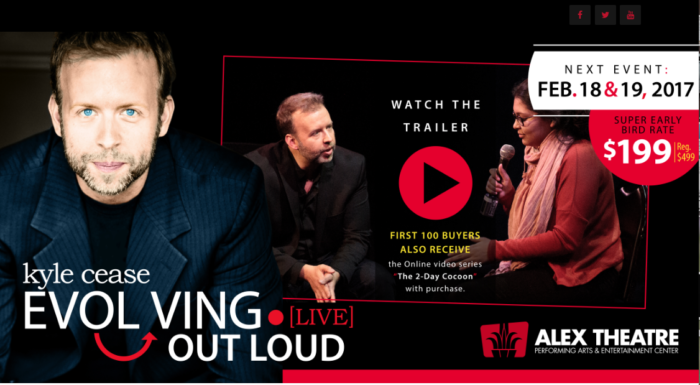 I know so many people who are ripped to the core based on their experience growing up. Many of these people have been working hard to rid themselves of the power these experiences have over them, but it is the driving factor in so much of their adult lives – until they started letting go of its power.

How old do you become when your mother comes over to visit? What about when you visit mom? What really heavy thing stirs inside of you that you cannot shake each time you see her?

I have a friend; we’ll call him Bob, that becomes a complete freak every time his mother is flying in. Bob loves his mother dearly, but that doesn’t make up for the fact that he feels compelled to scour the house from top to bottom before her arrival. The entire time he is practically impossible to live with because of this obsession. I know this, his family tells me.

I have another friend, Susan, who also dearly loves her mother, but she is constantly seeking her mother’s approval, and she doesn’t even realize it. When her mother is coming over for dinner, it is never a pleasant experience for Susan. She stresses for days in advance that everything won’t be exactly as he mother would want to see it; she is always hoping everything is done perfectly and on time. You can feel the stress coming from her before they visit. It seems to take away all of the fun of having them over. Susan tells me stories from her childhood when all she ever wanted to do was make her mom proud of her.

Susan also has a mother-like figure in her life who keeps an immaculate house nearby. When this tidy friend would stop by unannounced, and Susan had laundry piled on the couch ready to fold, she was too embarrassed to let her friend in, thinking her neighbor would be judging her because she had a messy house. Susan had two little kids! Of course, there would be piles of laundry. Who cares, right?

Shelly’s mom was a raging alcoholic throughout her childhood. Shelly never felt like she was enough so over the years being raised by a drunk, Shelly developed a food obsession. She also realized early on that she was not into men, which created yet another hurdle she had to deal with over her many years of fighting to survive.

She found herself to be very overweight with a food addiction and then adding to the top of her problems, like her mother, she became an alcoholic. She struggled with relationship after relationship and continued to spiral down the rabbit hole until she turned her life around.

She went from having a perfect life, the perfect partner and the perfect business before she decided she could try drinking again, just socially, to realize she was right back to drinking out of control. Once again, in a matter of time, she lost everything.

Bree is an amazing young woman with incredible, natural healing powers. She can read a person without even touching them to know any area of the body that might be compromised. If it weren’t for her mother back home sitting on her couch waiting for Bree to return and take care of everything, she could skyrocket to the place where her touch would change thousands of lives.

Right now Bree is back home and working on her “Mommy-issues.” She has been given some incredible tools to take home to work on letting go of the responsibility of raising her grown mother. Telling her mother that she is no longer going to be “raising her” is going to be the hardest thing she has ever done. Her mom has thrown herself into the role of victim, insisting her daughter take care of her. I am hopeful that Bree’s mom will be out on the street soon, and Bree can move forward with her life.

Once her mother realizes she has to be responsible for herself, she will pick herself up, dust herself off and be fine. She has taken care of herself up until the time she landed on her kid’s couch. She can do it again. She is just a huge cancer on Bree’s mind, and Bree has too much value to give to the world; she has to be set free to do the work she was born to do.

When you are in front of your mother, how old do you become? Seriously think about it. What childhood “issue” comes up when you are in her space or anticipate being with her? If you really think about this, I know you will come up with a lot of behaviors that would otherwise be non-existent.

When you are in front of your mother, how old do you become?

Such a short time span in our lives becomes the barometer for who we will be as an adult. We can have a tumultuous first ten years and then for the next ninety, we can’t shed the memories, and we can’t live our lives to the fullest. It makes me wonder why in most Disney cartoons, they kill off the mother early on! Perhaps she carries too much power.

Because I knew I had more baggage than many, I knew I could not have children. There was no way I was going to place my pain upon a child and send them into the world to struggle the way I had to. I realized I didn’t have the tools necessary to raise a child and give them a decent start in life. My child would have been screwed right out of the gate.

After I found the strength actually to work through my childhood and let go of years of abuse, I came out on the other end and no longer had my mother driving my bus. At 39 years old, I had a beautiful girl and now at 17, I know she is a strong, independent and confident woman with zero traumatic childhood memories. She can proudly look in the mirror and say she loves herself. I couldn’t do that until my mid 30’s!

My daughter can be the change for the future! She is living proof that you can come from a “normal” upbringing and can make all of your decisions based on what you desire for your future; not ever wondering “but what would mom think!” The world is her oyster!

If you have children, grown and gone or still at home, think about what you can do to undo any damage you have done. None of it was intentional; it was all you knew.

If you came in with baggage when you had kids, and didn’t do the work to remove your heavy issues, you have passed a bag along to your children. It’s inevitable.

It is never too late to sit down with your children and work through the issues you brought in from your upbringing. Find a good therapist and spearhead healing for all of you. It will change your life, and I promise, it will give your kids a brand new start. Don’t let the sins of the mother be the thing that alters the course of their lives. Change it now.

Don’t let the sins of the mother be the thing that alters the course of their lives. Change it now.