Relationship with a Microphone 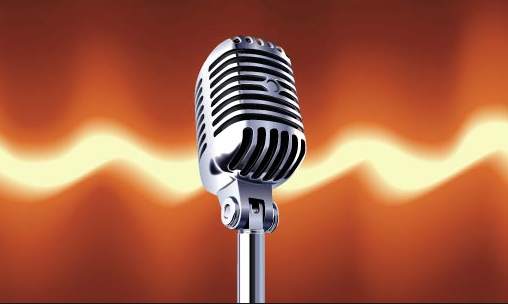 Since I was very young, I have had a relationship with a microphone. Beginning at my grandma’s house when I would make everyone present sit down and listen while I sang the same song over and over. There was a little amplifier I would use to plug in the mic so everyone in the area could hear me sing.

In high school, I continued the path of music, first by joining the freshman choir. I tried out for and made the Freshmen Ensemble. My next step was being selected to join the select chorus, Bel Canto. This choir would take us to San Francisco, Nogales, Los Angeles; it was the beginning of my traveling music career! I was on my way!

In my early 20’s, I auditioned for a few bands and was the lead female vocalist for both. We performed many shows at home, in Las Vegas. We also hit the road and spent a few weeks performing in Lake Havasu City.

The thing was, I never even considered giving up my day job! I loved singing and being in front of an audience, it just never seemed sustainable. Part of it was, it was fun for me to do, but it wasn’t “it”! There was always something missing.

Years down the road I found myself working in the sales department at a radio station in Ohio. I remember the first time I walked in and saw the guy in the big glass room. He had on headphones, had a big mixing board in front of him and right in front of his face, there was a mic. Just looking in the fishbowl at him, I was in awe. It didn’t cross my mind that anyone could do what he was doing; it was only special people. Never would I have thought I could be in that category.

More years down the road, I am a manager for a national merchandising company and relocated to Washington state. A year after moving, the company was bought out by a competitor. With this, all management and supervisory positions would be eliminated. Losing my job thrilled me as I was always up for my next challenge.

I decided to take that time and go through the radio lab program at a local community college. In the summer quarter, I learned how to be on the air and how to talk to a 16-year-old with every part of his body pierced. The music we played, I never heard before. In radio, you have to know your audience and speak their language, whatever the music is.

After the quarter, I heard an ad for an account executive at my country radio station. I decided I would go in for an interview, and then blow them away and be hired on the spot. Little would they know I would be doing this temporarily as I would move over to the programming side of the station.

As I predicted, after doing a mock sales presentation to a panel of interviewers, I was hired on the spot. I sold advertising at the station very successfully for a year and a half. During that time, I was able to write scripts and voice commercials for the clients. Little did I know going in that Seattle is a major radio market, and people are lining up at the door to be on the air there. I would not be sliding across the room to the on-air side.

After a year and a half, I gave my notice to my boss that I would be pursuing on air work. He was clearly saddened by the news. With tears in his eyes, he offered to let me stay on part time and maintain the local business I established. Heck yeah, I would. Now I would have an income while pursuing on-air work.

I stopped by a little country station off of the freeway in Tacoma and introduced myself. My timing was beautiful as they were in need of someone to be on the air in the afternoon. They had no money to pay me, and I would be voice tracking, but it was a chance to get on the air.

The man that ran the station, Ichabod Caine, was formerly a huge morning show talent in the market that was taking a stab at running his own station. With the people that owned it, we could not make it a success. It was constantly like swimming upstream. The money ran out, and we were gone months after I started.

At that time, the man was asked to come back to Seattle and be the morning show for KMPS, a long time successful country station in the market. He did take the job. KMPS was a sister station to the station I was selling for KYCW. I gave them an aircheck of my work when I was working full time selling advertising.

After Ichabod had returned to KMPS, I got a phone call from the program director. They needed a new part-timer on the air. This was it; I finally made it! I was now on my way to being a big radio personality in a major market!

I worked my way from late night shifts to having a steady show every weekend. Not long after I would be the token replacement for the girl who did the mid-day show, about five weeks yearly. I was introducing concerts, yes with a microphone, and doing live broadcasts all over Seattle. People knew my name! I was a pseudo-celebrity; it was crazy. 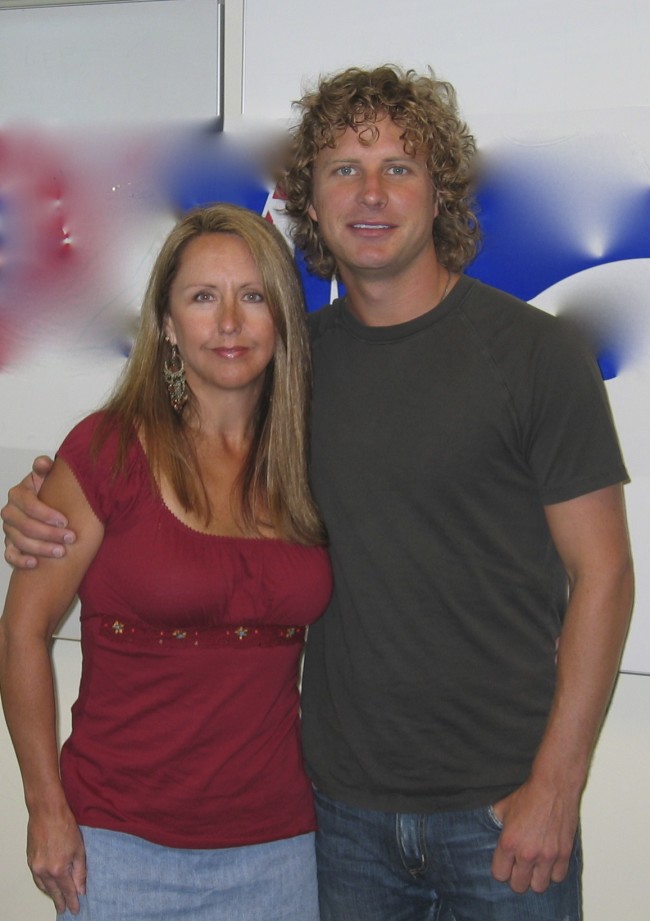 After 12 years at KMPS, I was offered a full-time radio job doing a mid-day show in Olympia. Full time in radio was a dream come true! I had hoped someday this would come to fruition for me and now, I had my ticket. My daughter was in elementary school; I could drop her at the bus and be there to pick her up.

It was so hard to leave the station that was part of my family for so many years. Being on Seattle radio, you have more perks than you will ever have in a smaller market. My daughter was able to hang out with Taylor Swift for 30 minutes in the hospitality tent during her first tour. I was able to meet any artist I wanted. People knew me here. I had a few doubts but realized, it was time for me to move on. No longer will I be a little fish in a huge ocean, I would be a big fish in a little pond. Time for a change. 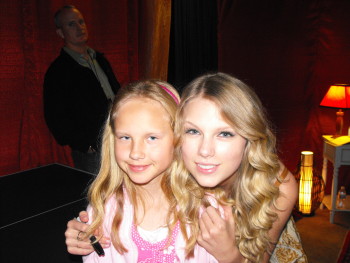 Three months after I left KMPS, Ichabod left. Within a matter of months, everyone I worked with was terminated. An imaging company was brought in to clean up the sound, and they literally cleaned house. Had I stayed, I would not be working in radio.

Now, I have made it! I was full time in radio. One of the big guns that does all of the remotes, everyone in town will know me.

We put on a big party annually for the listeners, and the on-air staff emcee the evening. In a big room filled with 1,000 people, I got to talk to them and get them energized. This power excited me. I could make them laugh, clap, sit down, stand up; I had power. I liked the way it felt. 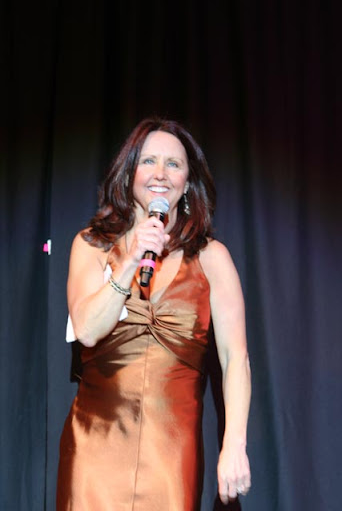 Being on the air started boring me. I would stand for my 5-hour shift and search the internet. I’d shop, facebook, anything I could find to pass the time. Is this really “it”? Something about this was not what I had in mind.

Two years after being hired, I was called into the program directors office. He didn’t know how I was feeling bored and losing satisfaction with the job. When he told me with immense sadness in his face that he had to lay me off, he was stunned when I happily told him, “that’s okay.” I’m all about doors closing and windows opening. This station was clearly not the path I was to continue taking.

About six months after being laid off and only filling in for the morning show as needed, I was asked to come work at the country station in Olympia. Country? That is what I know. I jumped right on it when I met the people I would be working alongside. Fun would start right now for me and now, I will have made it!

I work mid-days at this station and also manage the street team. Everything was going along wonderfully! The guy that hired me and one other guy I worked with were so much fun to be around; I loved being at work. That was until these two men were let go from the station. On January 5th of 2015, I was once again reminded of what I am supposed to be doing with my life. It almost feels as if a sacrifice took place on January 5th to remind me that this is merely a step on the way to my destination.

Driving to work, one day it hit me why I never pursued a singing career. I do love to sing and do it every chance I can. The thing is, when I perform as a singer, it is purely focused on having people watch me while I show them what I can do. That is the uncomfortable part for me. It’s not about me. I want to be on stage making it all about the people watching and listening. That is when it finally hit me. 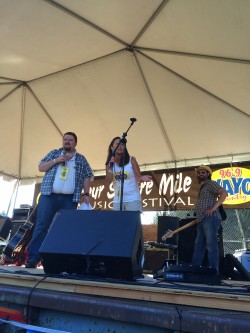 I do know my future is with a microphone on a big stage. I now know I am not someone who is here just to work at a job. I have finally realized beyond a shadow of a doubt what I am meant to be doing on this earth.

I have made the out loud confession to myself and many others that I am here to motivate and inspire others. I am a motivational speaker. I have stories and many nuggets of wisdom I am here to share with those that need to hear what I have to say. There are people that I can help that have been waiting to hear me.

I finally know what I am supposed to be doing at the beginning of the second semester of my life. Watch out world, Cari’s on track!