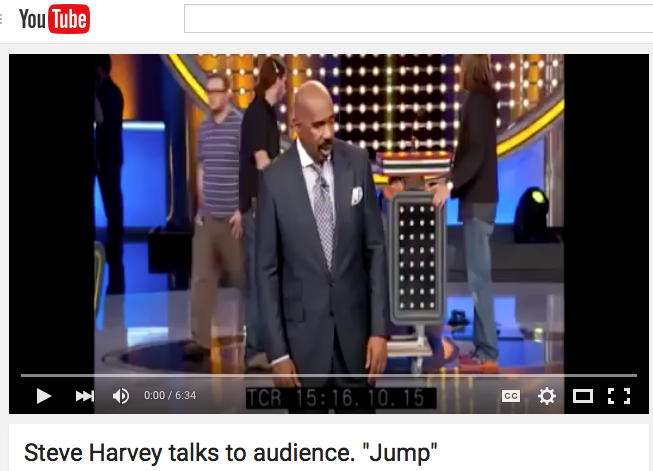 Under two years ago, I caught an interview Oprah was doing with comedian Steve Harvey. This wasn’t a segment about comedy but about changing your life. Steve was talking about his book, “Act Like a Success, Think Like a Success.” Immediately after the interview, I hopped online and had the book on my iPad within minutes.

In the book, he talks about creating your vision board. You get a large poster board or bulletin board, whatever works for you and you personalize it. You put pictures, drawings, anything on it which paints the picture of you where you want to be.

I drew pictures of my New York Times best-selling books all on a shelf, there was a stage with me on it inspiring thousands of people and even dollar signs from the abundance. What a great tool to have in front of you daily to remind you of your dreams.

And then school started, soccer season was fully underway, too many hours at work and now, where the heck did I put that vision board?

The other day when I was procrastinating and wasting life on Facebook, I ran across a video of Steve Harvey on the set of Family Feud. I’ve seen some of the videos before which are usually hilarious outtakes from the show. I clicked on it and WHAM… it was a very timely reminder I needed to see.

Under a year ago I heard Cheryl Richardson tell a room full of workshop attendees, “Bloom where you are already planted.” This statement hit home for me because here I was trying to establish myself as a writer and speaker, but I was giving up my radio career. Why would I leave radio entirely when I have a mass audience already. In his personal growth path, Steve Harvey takes full advantage of where he is planted.

The video was Steve talking to the Family Feud audience as the set was being put together for the game show. For just over six minutes, he gave each one of them hope and inspiration. Once again, Steve lit a fire under my butt.

To paraphrase, he told the audience if they want to have a great life, they need to jump. Successful people all had to jump and if you want to live an abundant life, you need to jump. As we stand on the cliff watching all of the successful people soaring by, we have our feet firmly planted on the ground, and life never changes. Each and every one of us is born with a gift. To realize what that gift is, you have to jump. You have to take risks if you want to find the place where you are meant to be. He reminded them that it will be hard and that the protective parachute won’t open right away. You have to believe and know, the chute will open. You will be okay.

Oh, how I know this to be true. So many times in my life I have had to make a choice where the obvious decision was safe. I never went with the safe option. I jumped. Each and every time I jumped, once that choice was made where I knew I was hurling myself over a cliff, it was the best feeling I’ve ever had in my life. There is a peace that comes with it. You are free, you are soaring, and life burdening weights are lifted from your shoulders. It is a beautiful feeling.

If you want to live an abundant life, you have got to jump.

You can watch the video in it’s entirety here.