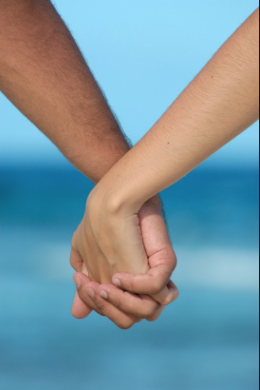 Young love is so adorable… Right? I remember in 6th grade when Mike asked me to “go steady”. I agreed. We “dated” for maybe a week or two (we never saw each other outside of school). On that last day when we were together, he started reaching in for a hug. The thought of this guy touching me made me sick. I felt so disgusted with his reach because he was gross. I didn’t want him touching me! Ewwwwww! Why I agreed to go steady was beyond me. Nothing about him was attractive to me. All we did was talk on the playground.

On the other side of the coin, all the girls in class were madly in love with John. John was hot! Blonde hair, beautiful smile; what was not to love? Every single day John would get notes handed to him in class from all of us, me included. These notes always said, “Who do you like today in order 1-5 or 1-10?” We would list the numbers making it easy for him to return the note. He would write a list of names from the girls names in class. He was a great guy making sure the girl who sent the note was always on the list. Sometimes her name made it to the top! Every now and then, it would be my name!

On one of those fortunate days when my name was on top, John and me along with another “couple” from 6th grade went to my house during lunch. Our house was behind the parking lot at the school, merely a few feet away. We went there to have a make out session. We sat on the couch facing each other and began to press our lips together. We stayed like that for quite some time. We would move our heads back and forth, but our lips remained closed and pressed. For the life of me I couldn’t figure out what the big deal was. On the other couch, the other couples were a bit more experienced than we were. When the time came, we headed back to school.

It figures that the most beautiful boy in school that would be a great friend of mine all the way through would end up preferring men to women. Well, at least if I couldn’t have John, neither could any other woman.

Today is so very different! Now they call it dating or “going out”, even when they never see each other outside of school. During my daughter’s three years of junior high school, I was lucky to be able to work at the school on occasion. It was precious to watch the awkward, gangly boys with the seemingly older, buxom girls with full on makeup hugging or walking hand in hand. None of the couples seemed to fit but somehow, they felt a connection.

Some of the girls from the 7th-9th grade that seem to come from very strict or religious families have reputations far beyond what I would have thought kids did even in high school! Yikes! At the end of this year, one of the 9th-grade boys in her class got a girl pregnant, and they plan on keeping it! They are going into 10th grade!

What we call it may have changed but the process still seems the same. There is some form of connection, with some an actual attraction. Others just say “yes” to “dating” because they were asked (like me with Mike!) Clearly those relationships don’t last as long.

What scares the heck out of me with the new generation is how casual everything seems to be. At a dance, they don’t dance anymore. It’s all about making your way to the middle and grinding on each other. At the recent 9th grade dance, all of my daughter’s friends were right there in the middle of the grinding. One of the girls from her school that has a rather loose reputation had a chair she was dancing with, rather stripper-esque! I don’t think even if my daughter had good rhythm she would have joined in. It totally embarrasses her.

Another example of the casual nature of dating is it’s cool to “hook up”. Hooking up as we all know is having sex but these new words have taken the sting away from saying it. You don’t walk up to someone and say, “Hey, do you want to have sex”, but it’s easy to say, “do you wanna hook up?” There’s the app, Tinder where you can find a hook up near you just waiting to be hooked! There are quite a few horror stories I have heard about that app, but the young 20-somethings still continue to use it. Here is an actual step by step guide from wikihow that tells you how to have a hook up! Click here! Tell me this isn’t impersonal! 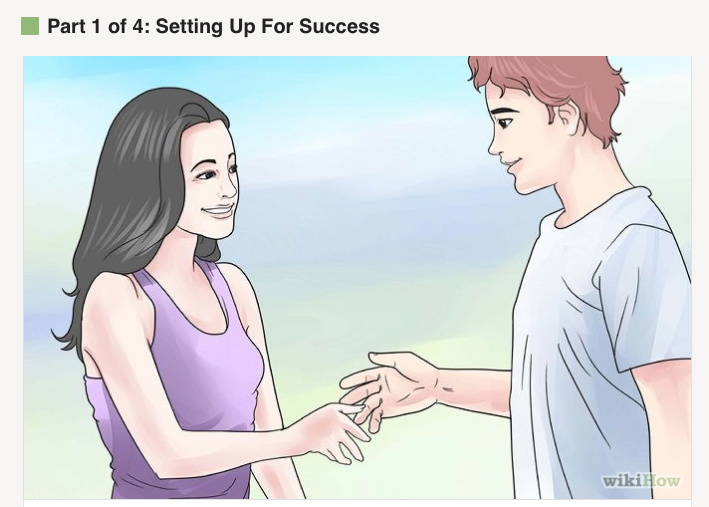 WikiHow’s “How to hook up”

I have a group of young ladies that work for me at the radio station where I work. We had an event last year where we had quite a few of them come into the station for a video we were shooting with paddleboards. When they came in they were all very busy looking at their phones. They told me about the latest app “Hot or Not”. Talk about a way to smash your self-esteem right down the toilet! You take a picture of yourself (you know it will be the absolute best they can conjure up) and post it. You then wait as the world views it and slides one way for hot, another for not! They were right there in front of each other watching each other’s self-esteem soar and crash. Why do they do this to themselves?

I’m trying to teach my kid about old school values. I don’t want her to be one of the aggressive girls of today that go for what they want, leaving a trail of destruction and a nasty reputation along the way. I want her to know she doesn’t need to hold anyone’s hand unless it’s a hand she wants to hold. I don’t want her to waste her time or energy dealing with relationships during school because with sports and academics; it’s hard enough to get through the day. Fortunately for us, she already feels that way. She has had a crush or two so far but nothing over the top.

Although we have a very small family, she has cousins that she looks up to and highly respects. Being able to watch them as they grew up, she witnessed their relationships and dating. They have set the bar high with great examples about dating and relationships from high school, college and beyond. She values their views and the way they think through the decisions they make. I have no doubt she will mirror the examples they set.